The name of this IGT game is In Bloom and with it comes a whole array of colourful and beautiful flowers and, were it possible, scents along with them. Indeed this is a slot game themed toward those very flowers that have naturally decorated our planet for millions of years, acting and surviving as a small part of a grander organism called the ecosystem. However here on the reels things are relatively simpler, with a clean layout, some decent graphics and an otherwise solid selection of features.

In Bloom is a 5 reel slot game with a set of 40 fixed pay lines that cross from left to right and help to ultimately acquire the combinations formed on the reels. The betting in this IGT slot is pretty good, with most players probably able to find some sort of action at a level that’s enticing for them. The bonuses on the other hand should appeal to most everyone because there is not only a good couple in this slot but they’re also all pretty rewarding and in conjunction can make for some potentially lucrative gaming sessions.

The Wildflower Theme and In Bloom Symbols

It’s flower power all the way with this one from IGT. Not only are the symbols all flower central but so is the backdrop, sound effects and bonus features as well as their names. The backdrop has a colourful arrangement on display from behind the reels whilst the sound effects aren’t particularly flower focused but still make for a bit more drama on the reels and during wins which can be quite nice. The graphics aren’t bad in this In Bloom online slots game and as such it is pretty ideal for the likes of the tablet or mobile platforms for which it is available and can be played quite easily and smoothly. 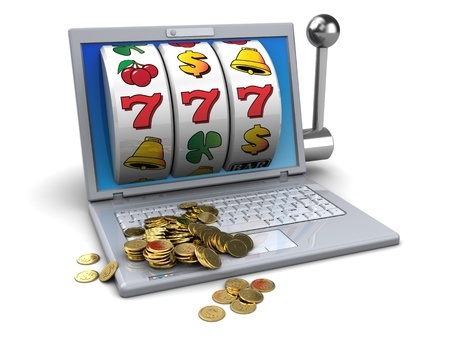 The floral symbols that decorate the 5 reels of this In Bloom slot game consist of a few of the more well-known flowers, each rather ornately transcribed to the reels. These include the likes of Lilies and Water Lilies, some Roses and even a few poppies. If this colour wasn’t enough, even when coupled with that of the backdrop behind the reels, then the playing card symbols also on the reels in place of the smaller wins, all resplendent in their own colours, will put it over the mark.

The Bonus Features Found in In Bloom

Since there is no Wild in this In Bloom slot game the first feature to be addressed is the Symbol burst bonus which effectively allows for larger combinations to be hit and therefore rewarded for. The way this works is that after some certain spins one of the symbols in a winning combination may transform into up to 5 times that similar symbol, allowing for up to 15 symbol combinations to be formed with the flower symbols only though.

The free spins of In Bloom are triggered through the butterfly Scatter symbol and once activated, through the landing of 2 or more of these symbols on the reels, the players may pick a flower garden. The way this work is that the gardens are made up of sets of increasing free spins paired with respective decreasing sets of symbols attached to each garden. During the spins only the symbols of the chosen garden appear on the reels. After this feature players are able to then pick a multiplier which can reach up to 50 times total stake. Not bad at all In Bloom.